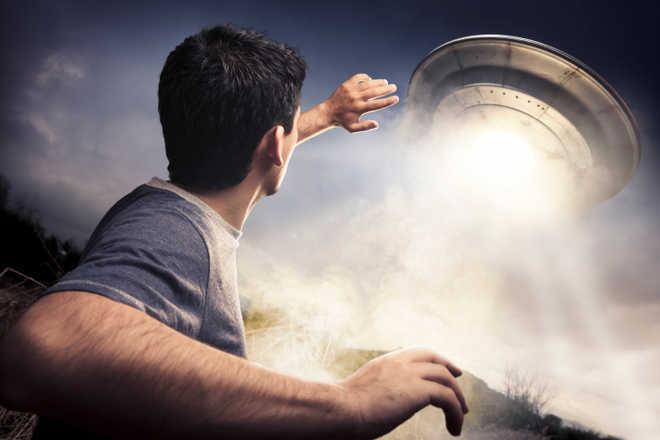 US intelligence officials found no evidence that unidentified aerial phenomena observed by Navy aviators in recent years were alien spacecraft, but the sightings remain unexplained in a highly anticipated government report, the New York Times said on Thursday.

The report also found the vast majority of incidents documented over the past two decades did not originate from any American military or other advanced US government technology, the Times said, citing senior administration officials briefed on the report headed to Congress this month.

Many of the 120-plus sightings reviewed in the classified intelligence study from a Pentagon task force were reported by US Navy personnel, while some involved foreign militaries, according to the Times.

The newspaper said US intelligence officials believe experimental technology of a rival power could account for at least some of the aerial phenomena in question.

One unnamed senior US official briefed on the report told the Times there was concern among American intelligence and military officials that China or Russia could be experimenting with hypersonic technology.

An unclassified version of the report expected to be submitted to Congress by June 25 will present few other conclusions, the newspaper said.

Public fascination with unidentified flying objects has been stoked in recent weeks by the forthcoming report, with UFO enthusiasts anticipating revelations about unexplained sightings many believe the government has sought to discredit or cover up for decades.

But senior U.S. officials cited in the Times article said the report’s ambiguity meant the government was unable to definitively rule out theories that the unidentified phenomena might have been extraterrestrial in nature.

The government’s Unidentified Aerial Phenomena (UAP) Task Force was created following a spate of observations by military pilots of unknown aerial objects exhibiting exotic speeds and maneuverability that seemingly defied the limits of known technology and laws of physics.

Led by the Navy, the task force was established last year to “improve its understanding of, and gain insight into, the nature and origins of UAP incursions into our training ranges and designated airspace,” Pentagon spokeswoman Sue Gough told Reuters.

She said such incidents are of concern because of safety and national security implications.

Responding to Reuters’ questions about the task force report, Gough said in an email earlier on Thursday: “We do not publicly discuss the details of the UAP observations, the task force or examinations.”

The term “unidentified flying objects,” or UFOs, long associated with the idea of alien spacecraft, has been largely supplanted in official government parlance by UAP, short for unidentified aerial phenomena, since December 2017.

It was then that the Pentagon first went on record, in a New York Times article, acknowledging documented UAP encounters by its warplanes and ships and efforts to catalog them, marking a turnaround from decades of publicly treating the subject as taboo. Reuters

Denial of responsibility! TechNewsBoy.com is an automatic aggregator around the global media. All the content are available free on Internet. We have just arranged it in one platform for educational purpose only. In each content, the hyperlink to the primary source is specified. All trademarks belong to their rightful owners, all materials to their authors. If you are the owner of the content and do not want us to publish your materials on our website, please contact us by email – [email protected]. The content will be deleted within 24 hours.
aerialAlienevidencefindsgadget updategovtNYTsightings
Share FacebookTwitterGoogle+ReddItWhatsAppPinterestEmail