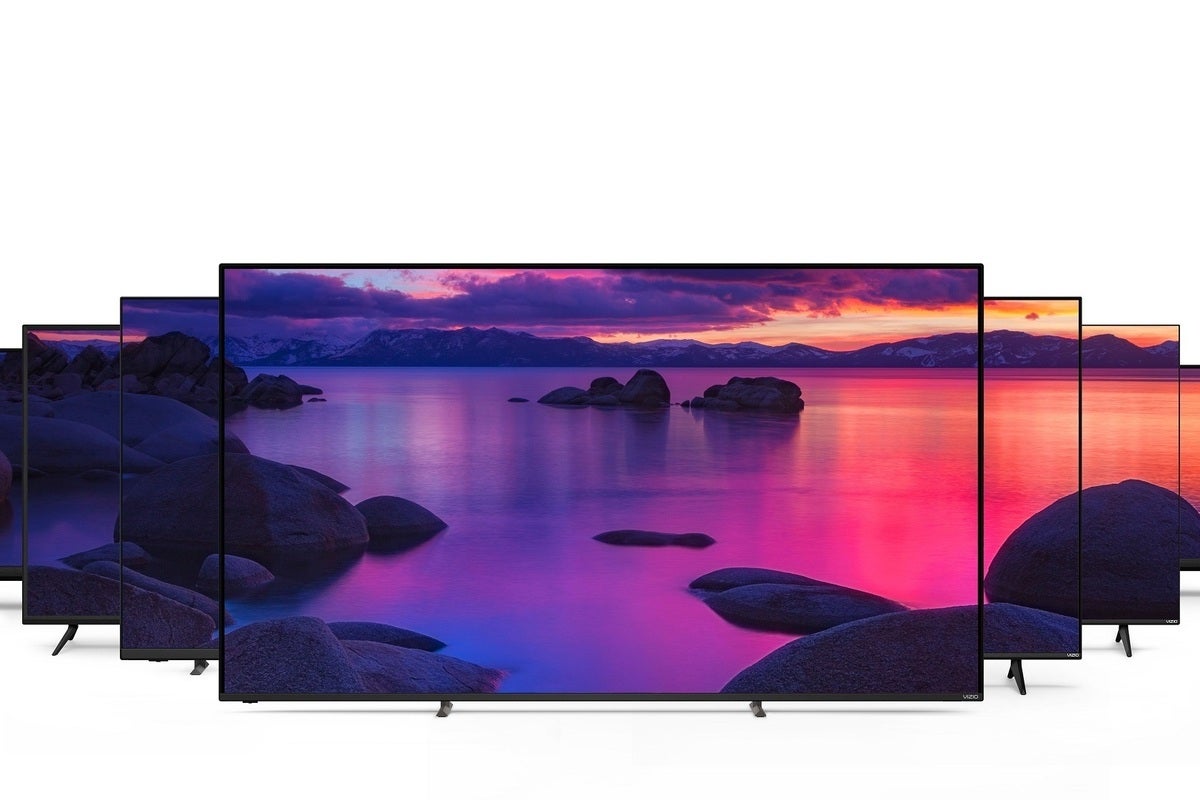 Vizio announced it’s 2022 lineup of TVs today, and there are improvements throughout. Mild improvements in most cases, but they’re better nonetheless. There’s a rather confusing eight different series in the works.

The D4-series is basically the same TV with AMD’s FreeSync added for another $20, but it’s only available in 24- and 32-inch flavors (with 1080p resolution). If you game, you’ll want FreeSync. These TVs also come with a standard remote.

Next up the ladder is the 60Hz, 4K UHD V5-series, with a voice remote, Wi-Fi and Bluetooth 5.0, array backlighting (still no local dimming zones), and support for eARC. This series also understands HDR in the form of Dolby Vision, HDR10, HDR10+, and HLG. It seems Samsung’s HDR10+ is picking up momentum. It’s available in 43-inch ($340) through 75-inch ($900) screen sizes. Vizio includes its new Vizio Voice Remote with this series on up.

The Vizio V6-series is once again essentially is the same TV as the V5-series, but with the addition of AMD FreeSync. It’s available only in 70- and 75-inch sizes.

The “Q” in the MQ6-series should tip you off to the presence of quantum-dot color in these 4K UHD models. Available in 43- ($400) through 75-inch ($1000) models, the series delivers 75 percent of the Rec. 2020 color gamut. They come with Vizio’s new voice remote, eARC (the enhanced Audio Return Channel), Bluetooth, and 4K/60Hz HDMI 2.1 ports. There’s a full-array backlight without local dimming zones.

You’ll find the PQ9-series near the top of Vizio’s line: There are 65- ($1,400) and 75-inch ($2,200) SKUs here, each delivering 1,200 nits of peak brightness. The 85-inch PQX resides at the very top of the line, providing a whopping 3,000 nits of peak brightness (pricing for the PQX had not been disclosed at press time). These three TVs take the best features of the MQ7-series (quantum-dot color, HDR, eARC, etc.) and marry it with Vizio’s best image processor, the IQ Ultra; HDMI 2.1 with a 120Hz refresh rate; FreeSync Premium support; and backlight arrays with local dimming zones (up to 210 on the PQ9-series and 792 on the PQX).

The full line of Vizio’s 2022 TVs feature Vizio’s SmartCast user interface, which pairs with a simply designed remote control to deliver a synergy we appreciated when evaluating the 2021 V6-series TV. The combo is quite efficient, and the universal channel guide effectively consolidates online, curated, and over-the-air (and cable) content. And you can get the voice-remote experience even with the D-series TVs by downloading Vizio’s SmartCast Mobile app to your Android or iOS smartphone or tablet.

Noticeably absent from Vizio’s announcement this year: Any 8K UHD TVs and any model with mini-LED backlighting.

This article was edited on 6/3/2021 to correct some size and pricing information as well as the MQ7 having up to 32 zones, varying by size.

Denial of responsibility! TechNewsBoy.com is an automatic aggregator around the global media. All the content are available free on Internet. We have just arranged it in one platform for educational purpose only. In each content, the hyperlink to the primary source is specified. All trademarks belong to their rightful owners, all materials to their authors. If you are the owner of the content and do not want us to publish your materials on our website, please contact us by email – [email protected]. The content will be deleted within 24 hours.
FreeSyncgadget updateincludeslineminiLEDtechtech boytech news
Share FacebookTwitterGoogle+ReddItWhatsAppPinterestEmail