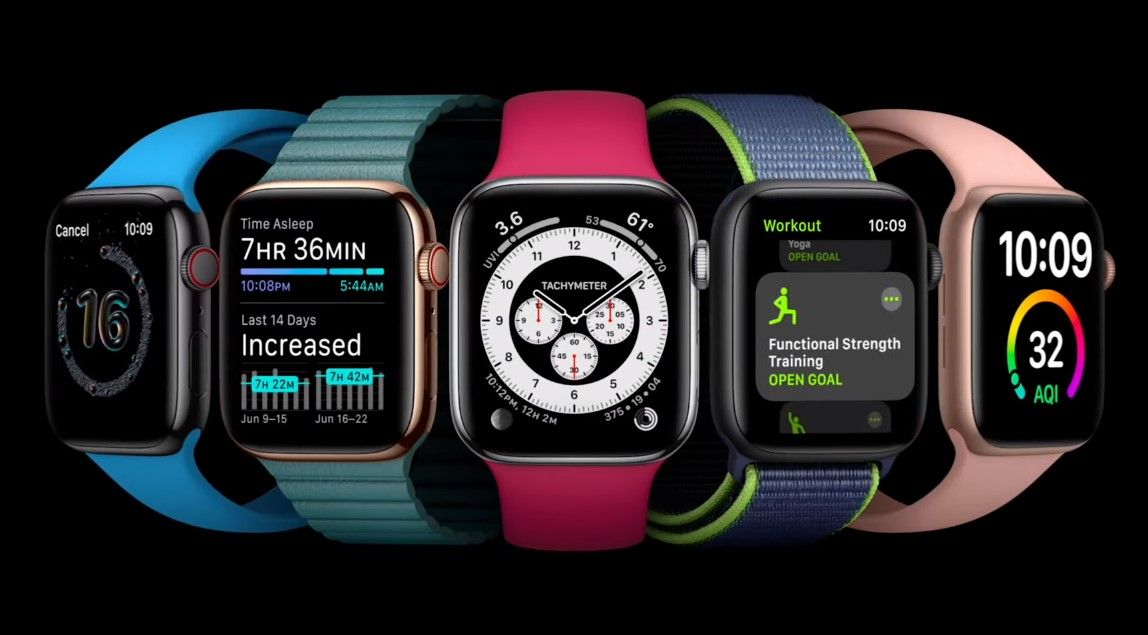 Apple’s watchOS 8 software will be unveiled at WWDC 2021 following months of speculation about what features are in store for Apple’s flagship smartwatch.

As the software that’s expected to ship on the Apple Watch 7, there’s plenty of reason to pay attention to watchOS 8 at the annual developer’s keynote. Whether you’re wondering if your older Apple Watch will be compatible with the new software, or if Apple will reveal compelling features, set a reminder for 10 a.m. PT/1 p.m. ET on June 7 to watch WWDC live online.

New watch faces, apps and health tools are just some of the upgrades we expect to see for the next year of wearable computing. But unlike the lead-in to watchOS 7, there haven’t been any watchOS 8 leaks revealing the software’s specifics. Apple has managed to keep it all under wraps, making this WWDC one you won’t want to miss.

But that doesn’t mean we can’t get our hopes up for wishlist additions and improvements in the meantime. Here are the the five Apple Watch upgrades we really want to see arrive with watchOS 8.

If there’s one app obviously missing from the current Apple Watch experience, it’s the Health app. The Health app on your iPhone acts as a dashboard for all your wellness data, from your sleep metics and daily workout progress to noise notifications and symptom tracking. It’s how the best workout apps like the Peloton App, MYX Fitness, Aaptiv and Nike Training Club sync with your Activity progress, too.

Better yet, the Health app can pull your medical data from certain hospitals and medical networks, giving you the option to monitor test results, prescribed medications, planned procedures and more without needing to visit the doctor.

We’re not saying we need to see our entire health history from our wrist, but there should be a Health app with some kind of dashboard on the Apple Watch. Right now, you can check your sleep, noise, menstrual cycle, activity blood oxygen data (with the Apple Watch 6) and other vitals one-by-one in individual watchOS apps. We’d appreciate the option to review these metrics in a one-stop streamlined interface, instead.

The Apple Watch isn’t just for personal wellness. There’s a productivity app we’d like to see carried over from the iPhone, too.

As we imagine it, the dedicated Apple Watch Notes app would sync via iCloud with the existing Notes app on your iPhone. But whether you need to remember your shopping items, create a to-do list or jot down a creative idea, having a Notes app would let you do so without needing your iPhone.

Similarly, you could reference your notes you wrote on your iPhone from your wrist. That way you’d be able to leave your iPhone tucked away while you’re in the grocery store, and check off the items you find as you’re strolling the aisles. Sometimes we’ll text ourselves these odd lists just to see them on our Apple Watch, but there should be a smarter option provided.

One drawback of a Notes app for Apple Watch would be the smartwatch’s lack of a keyboard. That’s why we want Apple to introduce a built-in keyboard in watchOS 8.

Currently some of the best Apple Watch apps are third-party keyboard programs you can install via the Apple Watch App Store. Again, if the workaround exists, why can’t Apple launch a native version? It could even copy the Samsung Galaxy Watch 3’s T9 keyboard, which is easier to use than Scribble, in our opinion.

Heck, we’ll say it: Scribble is awful. The only practical way to compose messages on the Apple Watch without the help of a non-Apple app is by using the talk to text feature. I find it usually transcribes my dictation accurately, even over a slew of ambient sounds, but there should be a more discreet and efficient means to communicate with others from your wrist.

Apple has improved the multitasking abilities of iPhone greatly in recent years. With iOS 14, it introduced a true picture-in-picture option that lets you keep your FaceTime open (without pausing your camera feed) while you use other apps. And when you’re on a regular call, you can swipe away the phone program’s interface entirely to multitask as needed.

For some reason, you can’t exit the phone call interface on your Apple Watch without ending the phone call. That means you can’t be on the phone and read a text, check your activity rings or see the weather at the same time.

It’s a simple obstacle, but an annoying one if you take calls on your wrist often. If there’s one user experience change I hope comes with watchOS 8, it’s some kind of phone call multi-tasking.

Ahead of last year’s watchOS 7 launch, several leakers said Apple is working on a collection of mental health features for Apple Watch. Apple is allegedly motivated to make its wearables better at detecting the early signs of stress or panic using built-in sensors. These tools could function in hand with the Apple Watch’s electrical heart sensor, as well as incorporate the SpO2 pulse oximeter that arrived on the Apple Watch 6.

Apple may hold a steady lead in life-saving features, with SOS emergency calling and fall detection, but mental health tools are life-saving in their own right. In addition to breathe notifications, the Apple Watch could let you know when you’re stressed before you realize it and assist you in calming down. It could even issue some kind of warning in situations where a panic attack could put you in harm’s way, like while driving.

When it comes to Apple Watch vs. Fitbit, Fitbit has taken a steady lead with mental wellness initiatives. The Fitbit Sense even reads your skin’s temperature to detect heightened stress. Perhaps watchOS 8 will introduce a feature to help Apple catch up.

We’ll know for sure soon enough. The watchOS 8 reveal is happening at WWDC on Monday, June 7.

Denial of responsibility! TechNewsBoy.com is an automatic aggregator around the global media. All the content are available free on Internet. We have just arranged it in one platform for educational purpose only. In each content, the hyperlink to the primary source is specified. All trademarks belong to their rightful owners, all materials to their authors. If you are the owner of the content and do not want us to publish your materials on our website, please contact us by email – [email protected]. The content will be deleted within 24 hours.
applegadget updatetech boytech newstech news boytech updatetechnewsboyupgrades
Share FacebookTwitterGoogle+ReddItWhatsAppPinterestEmail

Did Wipro overpay for Capco? Here’s the answer to the USD1.5 billion question.