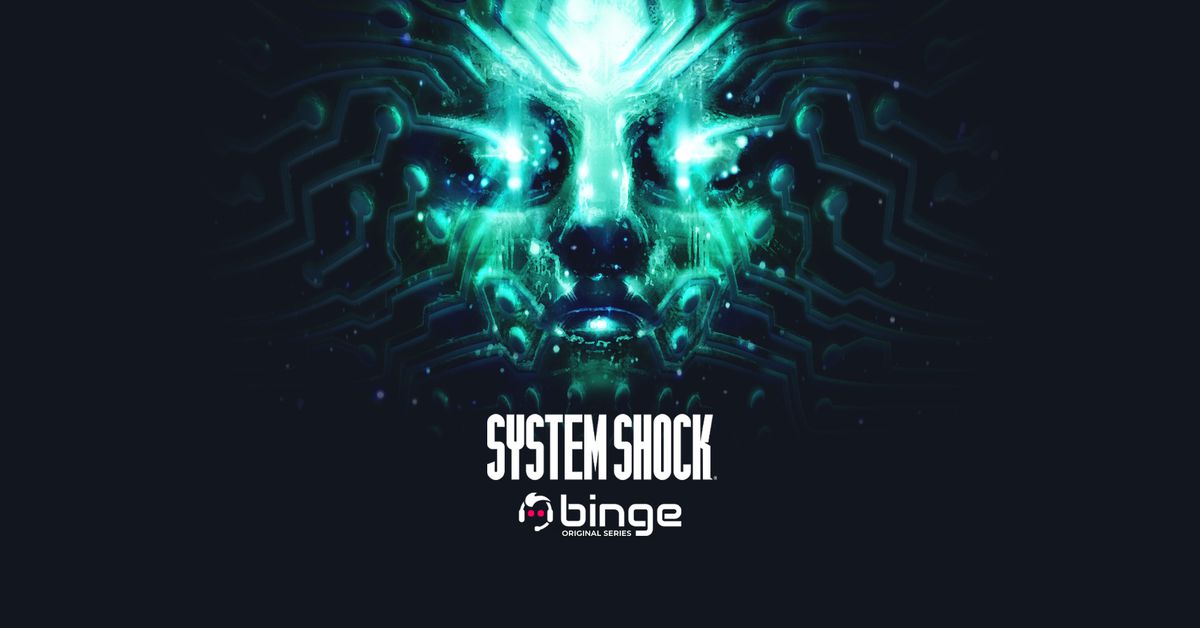 A live-action System Shock series is apparently on the table for games-focused streaming platform Binge, marking a third attempt at reviving the classic space horror series.

Deadline has offered a few details about the project, including that it will be executive produced by executives from NightDive — a studio and retro games publisher that acquired the remarkably tangled rights to System Shock in 2013. It’s being produced by Binge chief content officer Allan Ungar, and it’s supposed to be part of Binge’s original content lineup as the platform prepares for a 2022 launch.

There’s a heavy emphasis on “supposed to” here because System Shock adaptations have a troubled history. NightDive successfully released the long-unavailable 1994 shooter System Shock and its 1999 sequel System Shock 2, more than a decade after the demise of original developer Looking Glass. But it’s faced more challenges with a crowdfunded remaster of the original game — which was funded in 2016, slated for release in 2017, placed on hiatus in 2018, and is currently listed as “coming soon” after missing its latest release date of summer 2021.

Another studio, OtherSide Entertainment, has had even more difficulty with a sequel. System Shock 3 was announced in 2015, appeared as a teaser trailer in 2019 shortly after the near-collapse of its publisher Starbreeze and was acquired by the Chinese megapublisher Tencent in 2020. It’s currently listed as “in development” on OtherSide’s website.

There’s not much information on Binge’s live-action show. “I’ve always believed that a live-action adaptation of System Shock would be the perfect medium to retell the harrowing story of Citadel station and its rogue AI that subjects the crew to unimaginable horror,” Deadline quotes NightDive CEO Stephen Kick as saying. (In case you’re not familiar with System Shock: it’s set in 2072 on a corporate space station called Citadel where a hacker must defeat a rogue artificial intelligence named SHODAN, seen in the art above.) “We’re very excited to see the talented team at Binge bring System Shock to life in horrifyingly real and new ways.”

If you’re curious what a non-interactive version of System Shock might look like, author Shamus Young published a fanfiction story called Free Radical that’s effectively an unofficial novelization of the game. If a live-action TV version pans out, too, you’ll see the resulting series stream exclusively on Binge.

Denial of responsibility! TechNewsBoy.com is an automatic aggregator around the global media. All the content are available free on Internet. We have just arranged it in one platform for educational purpose only. In each content, the hyperlink to the primary source is specified. All trademarks belong to their rightful owners, all materials to their authors. If you are the owner of the content and do not want us to publish your materials on our website, please contact us by email – [email protected]. The content will be deleted within 24 hours.
gadget updateliveactionseriesshocksystemtech boytech newstech news boy
Share FacebookTwitterGoogle+ReddItWhatsAppPinterestEmail

Revamped entry-level AirPods will allegedly be revealed on October 18

Watch out Sky! Freeview just revealed some huge news about its TV service

Watch out Sky! Freeview just revealed some huge news about…