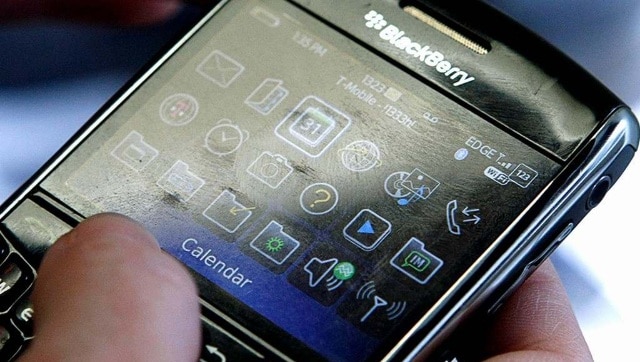 When products die | The eminent death of Blackberry as it comes to the end of its life-cycle- Technology News, Firstpost

Goldeneye (1995), Pierce Brosnan’s first outing as James Bond, features a climactic scene in a disused park in Moscow littered with fallen statues dating back to the erstwhile Soviet Union. Busts and statues of communist leaders and symbolic representations of worker-power (all with the proverbial hammer and sickle) are scattered around, as Bond confronts his nemesis. The previous Bond film, Licence to Kill had been released in 1989 before the momentous events of that year had signalled an end to the Soviet Empire. The statues in Goldeneye were a reminder to the viewer of the changing world where the ghosts of the past still lurked.

The picture then a similar such park populated by obsolete products. In your mind’s eye, which products do you see littered around? Audio cassette players and cassettes? Pagers? Telephone directories? Personal Digital Assistants (PDAs)? The telegraph?

The imminent death of the vintage Blackberry

On January 4, 2022, one more product was prepared to join the bandwagon. The imminent death of the Blackberry is not an exaggeration. True, it hasn’t yet kicked the bucket. But with the company announcing that it was turning off support for its operating system and associated services, many vintage Blackberrys are likely to have stopped functioning or will get there soon. The Blackberrys that will continue to run are the ones that use the Android operating system.

The history of Research in Motion, the company that birthed the Blackberry goes back to 1996 when they introduced a two-way pager, the [email protected] Pager 900. The first BlackBerry device, the 850, was introduced in 1999 as a two-way pager in Munich, Germany. The name BlackBerry was coined by the marketing company Lexicon Branding. The name was chosen due to the resemblance of the keyboard’s buttons to the drupelets that compose the blackberry fruit.

In 2002, the Blackberry smartphone was released. Through that decade, as better and better versions of the phone hit the market, the Blackberry took the market by storm. By 2009, it commanded a 20 per centmarket share of the smartphone market. But with Apple and Samsung making a concerted bid for world domination, Blackberry’s offerings soon began to fall by the wayside. By 2013, the company was looking to be acquired. Its heydays were in the past. Corporate rejigs and other such acrobatics kept things going and the vintage Blackberry continued to enjoy a niche following … until 4 January!

On July 14, 2013, the last telegram in the world was sent off from a telegraph station, somewhere in India. On May 24, 1844, the telegraph era had dawned with the transmission of the message, ‘What hath God wrought!’ between Washington DC, and Baltimore, Maryland. Developed by Samuel Morse, it soon revolutionized communication. By 1851, more than 50 telegraph companies were up and running in the USA.

In India, the first experimental electric telegraph line was started between Calcutta and Diamond Harbour in 1850. The construction of telegraph lines that connected Kolkata (then Calcutta) and Peshawar in the north; Agra, Mumbai (then Bombay), and Chennai (then Madras) in the south; Ootacamund (Ooty) and Bangalore, began in November 1853. William O’Shaughnessy, an Irish physician, was instrumental in its development.

A few years later, it proved almost invaluable in saving the Empire. On May 11, 1857, a message sent from Delhi to Ambala and thereon to Lahore relayed news of the mutiny in Meerut. It was the beginning of what later came to be termed by the British as the ‘Sepoy Mutiny’ and the Indians as the ‘First War of Indian Independence’. The telegram prompted the British to quickly move to retake Delhi and eventually crush the uprising.

Legend has it that a captured mutineer, being led to the gallows, pointed to a telegraph line and cried out, ‘There is the accursed string that strangles us!’

In memory of the events of that fateful May, a Telegraph Memorial was unveiled on 19 April, 1902, in front of the new British telegraph office in another part of Delhi ‘to commemorate the loyal and devoted services of the Delhi telegraph office staff on the eventful 11th May 1857’. A 20 feet-high grey granite obelisk, its inscription includes the words of Robert Montgomery, the lieutenant governor of Punjab: ‘The electric telegraph has saved India.’

A memorial to a product, no less! A signpost for posterity.

The disappearance of landmarks

Allow yourself to wander back to the ‘90s or even the noughties. Picture the streets back then. Three things that were ubiquitous in that time have all but disappeared now. The ‘one-hour photo lab’, the STD/ISD PCO and the video rental store.

The photo lab dates back to the time when cameras with film rolls were the order of the day. Photography was a deliberate, thought-through activity, the results of which one came to know only when the film roll was ‘developed’. Today, the smartphone has made photography an instant gratification activity. Posing, examining, reposing in a loop is de rigueur. The camera-phone killed the film roll, the analogue cameras that used them and the photo lab in one fell swoop.

The STD/ISD PCO began to crop up as the first telecom revolution, pioneered by Sam Pitroda and C-DoT, began to show visible results in the late ‘80s. As phone connections became easier to obtain, the ‘STD booth’ began to crop up all over the country. Often, these were adjuncts to grocery stores, photocopying stores and other neighbourhood landmarks. One popped in, made the call and then walked out. They were a godsend in a country where for decades, a personal telephone connection was a status symbol.

As the second telecom revolution unfolded and the mobile phone became an omnipresent commodity, the STD booth became an anomaly. The mobile phone is also largely responsible for the disappearance of telephone directories and Yellow Pages, which died silent, unheralded deaths.

As for the video rental store, the growth of cable TV and more recently, streaming platforms, did them in.

The odd STD booth or video store still survive, maybe — ghosts from the not-so-distant past!

On their way out?

Even as we speak, other products too are on their last legs. Consider the printed roadmaps that most car dashboards contained and that many used to navigate through the city. Digital maps have now taken over this function. Printed roadmaps are on the fast route to becoming historical relics.

The fax machine too is swiftly moving in the has-been direction. Email and scanners have largely eroded its use. Similarly, multi-volume encyclopaedia sets have been replaced by online versions.

All deaths and disappearances may not necessarily be for the better, though. The gradual disappearance of bookstores and neighbourhood libraries should concern everyone. Bookstores, libraries and their well-stocked bookshelves were once doorways to other worlds and possibilities. The joy that was sparked by the discovery of books and writers on store or library bookshelves is perhaps, unmatched. “Paradise is a library, not a garden,” the Argentinian writer, Jorge Luis Borges once said.

Correlation is not necessarily causation, of course. But still, consider that the gradual erosion of the reading habit over the last couple of decades has been accompanied by a growing illiberal streak throughout the world and the puzzling rise of strongmen (yes, mostly men!). Food for thought?

While products do pass on, their memories often survive, often in interesting ways. The telegraph as technology is well and truly dead, but the name lives on. Many newspapers around the world continue to use it. Why Telegram is even the name of a digital messaging app.

Plus ça change, plus c’est la même chose (the more things change, the more they stay the same). At least more or less.

Denial of responsibility! TechNewsBoy.com is an automatic aggregator around the global media. All the content are available free on Internet. We have just arranged it in one platform for educational purpose only. In each content, the hyperlink to the primary source is specified. All trademarks belong to their rightful owners, all materials to their authors. If you are the owner of the content and do not want us to publish your materials on our website, please contact us by email – [email protected]. The content will be deleted within 24 hours.
5gblack berryBlackBerrydeathDieEminentFirstpostgadget update
Share FacebookTwitterGoogle+ReddItWhatsAppPinterestEmail

This is the year I conquer the Raspberry Pi