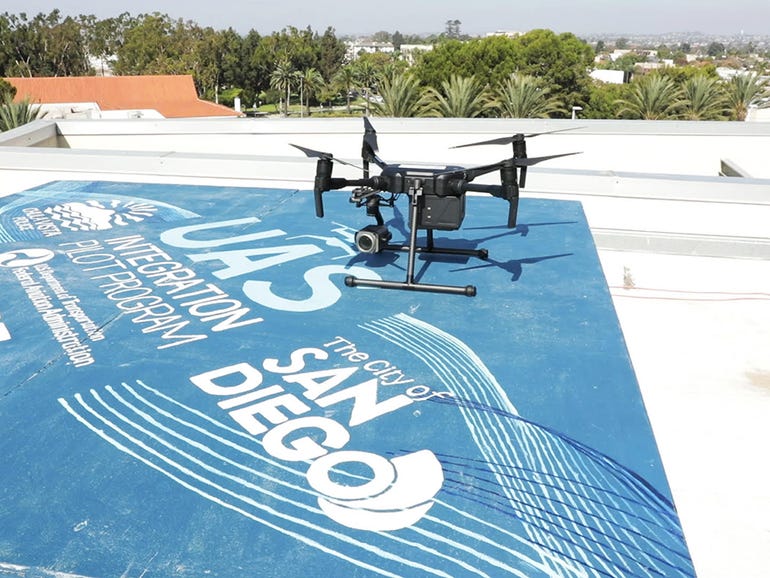 Will citizens ever be comfortable with police drones? | ZDNet

Privacy advocates are rightly concerned with the proliferation of drones in the hands of law enforcement. Can transparency help mollify concerns?

That question is being put to the test in Southern California. The Chula Vista Police Department (CVPD), which has an active drone program, is teaming up with AirData UAV to give the public drone flight transparency. Mirroring the increased focus by police departments nationwide on effective public information campaigns, the hope for law enforcement officials is that easily accessible data, including flight and mission details, will help mollify a distrustful public.

“Transparency and accountability are key components in the success of our drone program which has been an invaluable tool in maintaining the safety of our officers and the public,” says Chief Roxana Kennedy, Chula Vista Police Department. “We pride ourselves on ensuring the public has access to our drone flight information in upholding the trust of our community.”

The step toward transparency may not be enough for critics of the increasingly sophisticated surveillance and tactical capabilities of local police departments. For example, some police departments use tools like a Stingray, which mimics a cell tower to access metadata from unsuspecting cell users.

Drones give police a particularly powerful tool for surveillance. According to the Brookings Institute:

The response in many cities has been tepid, and amid calls for regulation, more vocal advocates suggest outlawing police use of drones altogether.

The first and most obvious course of action in regulating police use of drones is to ban the technology entirely, a proposal a number of lawmakers and activists are currently pushing in New York City. As police have rolled out drone programs, cities have received them warily. In 2013, police in Seattle were on the verge of launching a drone program but abandoned it under public pressure, a pattern that repeated itself the following year in Los Angeles. (Elsewhere, in Washington state police use of drones is widespread.)

AirData believes the answer is greater transparency and trust. The company provides CVPD with a seamless and simple way to track and manage all of the flight data from their missions. It also helps the department with federal compliance, reporting, maintenance notifications, and logging are time-intensive tasks.

“We are excited to work closely with Chula Vista to provide full transparency of the police department flights to the community,” said Eran Steiner, Founder and CEO of AirData UAV. “AirData enables officers to focus on the community, while AirData performs the mundane and time-consuming work of flight data collection, federal compliance tracking, and crash prevention through tracking drone health. Chula Vista offers its residents an open AirData-driven web page, enabling the public to be well informed of drone-related law enforcement activity.”

AirData is the largest online drone fleet data management and real-time flight streaming platform, serving over 210,000 users with 20 million flights uploaded to date, processing an average of 20,000 flights a day, with high-resolution data stored per each flight. Law enforcement presents a particularly lucrative market for drone fleet management given the proliferation of UAV technology in law enforcement and defense.

Denial of responsibility! TechNewsBoy.com is an automatic aggregator around the global media. All the content are available free on Internet. We have just arranged it in one platform for educational purpose only. In each content, the hyperlink to the primary source is specified. All trademarks belong to their rightful owners, all materials to their authors. If you are the owner of the content and do not want us to publish your materials on our website, please contact us by email – [email protected]. The content will be deleted within 24 hours.
citizenscomfortabledronesgadget updatePolicetech boytech newstech news boy
Share FacebookTwitterGoogle+ReddItWhatsAppPinterestEmail