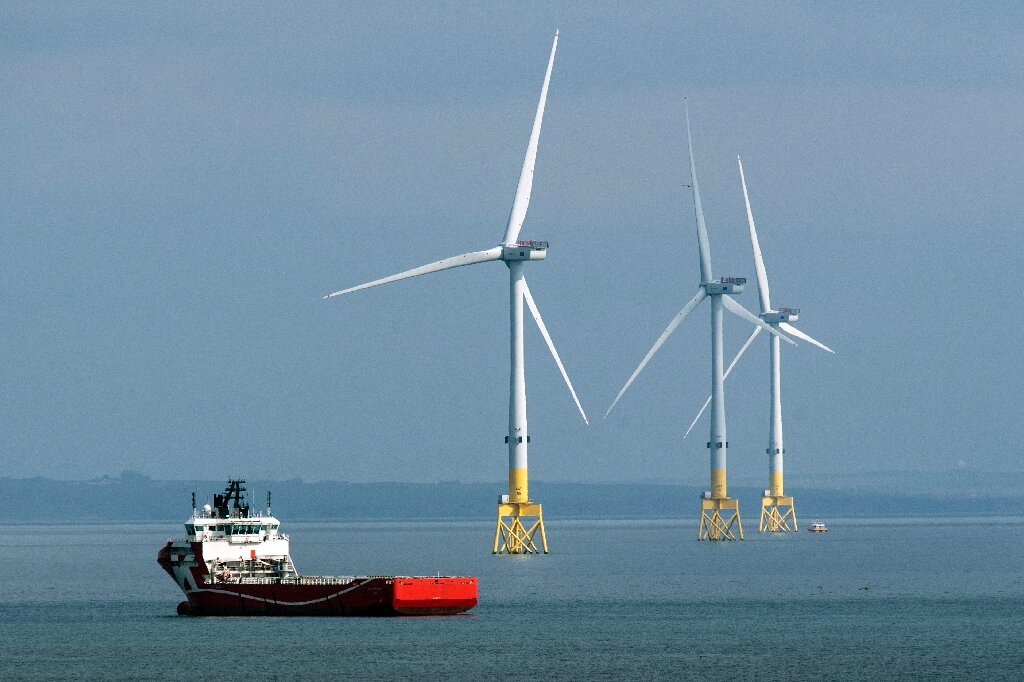 In a wave tank at a robot laboratory in the Scottish capital Edinburgh, engineers observe in silence as an underwater drone rises stealthily to the surface.

The team, which led the development of the remotely operated vehicle (ROV) at Heriot-Watt university, believe the submersible machine is a game-changer for offshore wind farms, obviating the need for divers.

The engineers reckon it will soon be ready to perform inspections and maintenance at wind farms, transforming the nature of the high-risk and costly endeavors just as the industry is set for huge expansion.

British Prime Minister Boris Johnson has promised to make the UK the “Saudi Arabia” of wind power, with plans to generate enough electricity from offshore to power every UK home by 2030.

While Johnson is on his way out of office, the industry is banking on the expansion plans, especially after Russia’s invasion of Ukraine sent the price of traditional carbon energy through the roof.

“We have to imagine that in 10, 15 years time there will be hundreds of wind farms, which means thousands of wind turbines all across the coast of the UK,” Yvan Petillot, a robotics and autonomous systems professor at Heriot-Watt, told AFP.

“You also have hydrogen technology being developed and all of this will need to be maintained, inspected and serviced.

“What we are developing is remote technologies where people can inspect and maintain those assets from shore, without putting anyone in harm’s way.”

In May the ROV, which is equipped with sensors and advanced software, conducted what is believed to be the first ever autonomous offshore wind farm inspection.

The device was deployed at French energy firm EDF’s Blyth wind farm, off the coast of Northumberland, northeast England.

It successfully recorded videos that allowed researchers to assess the exterior condition of turbine foundations and cables.

Meanwhile its software created a 3D reconstruction model of parts of the energy company’s underwater assets.

Petillot said the 3D model can pick up the accumulation of micro-organisms, plants and algae on the turbine foundations.

If a problem is detected, the ROV system can be deployed with a robotic arm to conduct a repair.

“The system will first do an autonomous inspection of the seabed and the structure, and build the 3D model that someone from shore can look at and say, ‘there’s a problem here’,” Petillot said.

Maxime Duchet, an offshore wind research engineer at EDF, said the images and modeling will greatly enhance the ability to conduct operations and maintenance activities on-site.

Further tests are needed to estimate the time required to inspect all of the turbine foundations and to demonstrate the full potential of marine robotic technology, he noted.

“However, it is clear from these initial results that the technology can ensure safer and faster operations and a reduced carbon footprint,” Duchet added.

Engineers, who use a joystick to pilot the vehicle, say the ROV can be left alone to perform its primary mapping task for most of the time.

If it becomes stuck, or lingers too long in a particular area, a pilot can commandeer it.

Petillot said a long-term benefit could be allowing more people to join the team managing the ROV remotely, who might not have been willing or able to work offshore.

It is incredibly difficult to find a diver or a qualified pilot for such projects, he noted.

In contrast, finding somebody to help control the system as though they were playing a video game should prove far easier, according to Petillot.

Denial of responsibility! TechNewsBoy.com is an automatic aggregator around the global media. All the content are available free on Internet. We have just arranged it in one platform for educational purpose only. In each content, the hyperlink to the primary source is specified. All trademarks belong to their rightful owners, all materials to their authors. If you are the owner of the content and do not want us to publish your materials on our website, please contact us by email – [email protected]. The content will be deleted within 24 hours.
aidboomdronegadget updateoffshorereadiestech boytech news
Share FacebookTwitterGoogle+ReddItWhatsAppPinterestEmail

OnePlus Has Plans to Bring Back Its Iconic Alert Slider on Future Smartphones: Report