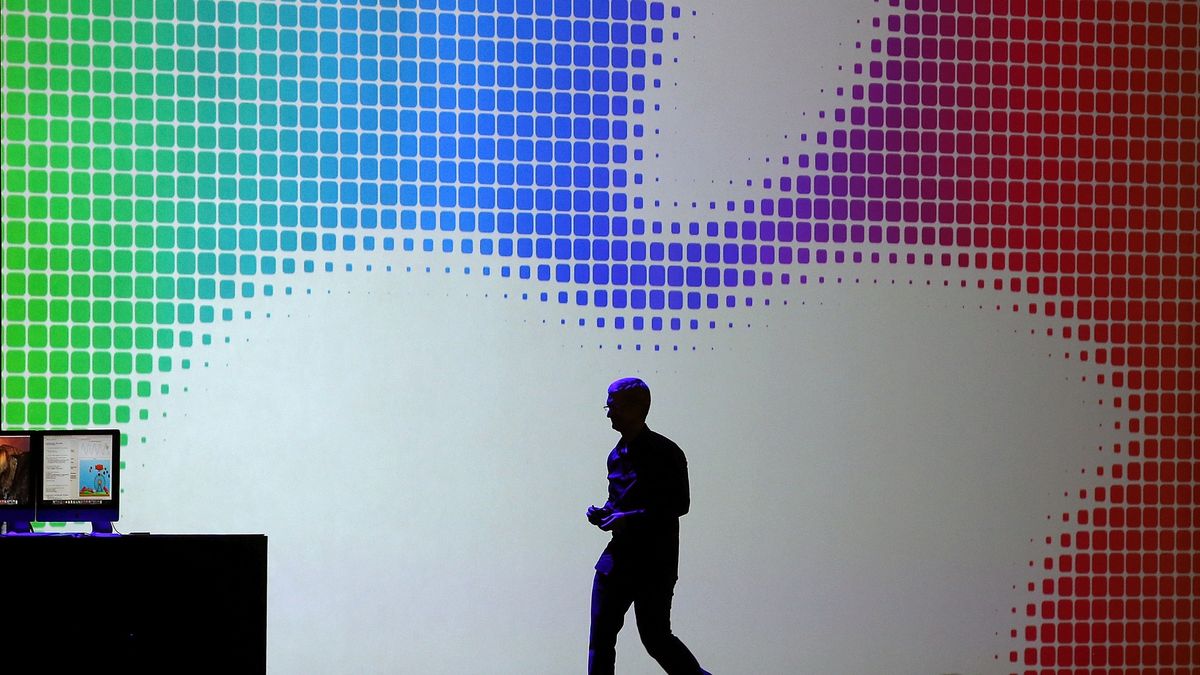 Apple’s Worldwide Developer Conference, the annual get-together for the people that make the software that runs on your iPhone, iPad, Mac and other Apple devices, has seen some momentous announcements in recent years.

Take last year’s event, where Apple unveiled plans to produce its own chips for the Mac, a transition that’s still ongoing. Or the 2018 edition of WWDC where Apple detailed plans to port iOS apps over to the Mac. Those are some pretty big changes to spring on people, especially before lunchtime.

WWDC 2021, which gets underway this Monday (June 7) with a 10 a.m. PT keynote, figures to be a calmer affair. This year, the focus will likely be on software, as Apple previews upcoming updates for its litany of operating systems that power everything from phones to tablets to watches to Macs. Speaking of Macs, there’s a chance we could see new models, even if Apple reserves its product announcements for other events.

While the agenda seems pretty set for the WWDC 2021 keynote, that doesn’t mean Apple won’t have a surprise or two store, particularly if it decides to use this year’s conference as a way to reach out to developers who might be feeling hard-done-by recently.

“During the recent Apple-Epic trial, Apple’s attitude toward developers was… uncharitable at best,” said Jason Snell, a long-time Apple writer who runs the Six Colors blog and contributes to Tom’s Guide every now and again. (Full disclosure: Snell and I covered Apple together for the better part of 14 years, and we continue to collaborate on side projects that are unrelated to anything Apple does, unless there’s a Magnum PI-branded iPhone in the works.)

“I wouldn’t be surprised to see Apple try to mollify them by altering some policies that have chafed in the past, and to profess its general love for developers,” Snell added. “That said, loosening policies so soon after the trial might allow Apple’s opponents to declare a victory. It’s tricky. But if there’s huge news, I would imagine it would come on that front.”

Still, even if Apple spends some time smoothing things over with developers, the main event will focus on software updates and maybe a hardware reveal or two. Here’s what to expect at WWDC 2021 and how you can follow along with the announcements coming out of Monday’s keynote.

When is WWDC 2021 and how can you stream the keynote?

WWDC runs from June 7 to June 11 this year. The week-long event features many developer sessions that aren’t really intended for a general audience. The biggest news out of WWDC comes from Monday’s keynote, which begins at 1 p.m. ET/10 a.m. PT on June 7.

We’ve got a guide on how to watch the WWDC 2021, but the short answer is to head to Apple’s website, where a live stream will be available. Apple also has a YouTube channel that will carry the WWDC 2021 live stream. And if you happen to have an Apple device — iPhone, iPad or Apple TV — head to the TV app, where the WWDC keynote will be featured under Apple Events.

Even with the possibility of a hardware announcement on Monday — more on that below — software dominates the news at WWDC. This is Apple’s opportunity to show developers what’s coming with the software that powers all of the company’s different devices, so that those app makers have the chance to update their products to take advantage of any new features before full releases come later this year.

In all instances, anything Apple previews this Monday will likely be available for developers as a beta, usually the moment the WWDC keynote ends. But ordinary users can get in on the software previews, too — in recent years, Apple has released public betas for its iPhone, iPad, Mac, Apple Watch and Apple TV product lines. Public betas usually appear a few weeks after WWDC wraps up, but you can sign up for the betas now at the website for Apple’s beta software program to get a jump on the process.

As for the specific software previews you can expect at WWDC 2021, read on.

iOS 15 and iPadOS 15: Two years ago, Apple split its iOS software into two separate offerings — iOS runs iPhones (and the few remaining iPod touch models out there), while iPadOS powers Apple’s tablets. The two operating systems have a lot in common though, and generally, features Apple introduces for one system find their way to another, unless those features are specific to phones or tablets.

To put it another way, a lot of the changes Apple introduces in iOS 15 during Monday’s preview will likely apply to iPadOS 15. For this year’s iOS update, early rumors point to better controls over notifications — you’ll likely be able to set more statuses for incoming messages and be able to tweak various auto-replies. Your iPhone’s lock screen could be in for an overall too, as Apple adds customization tools. In addition to those rumors, we’d expect iOS’s built-in apps like Photos, Maps and others to get their usual array of enhancements.

iPadOS 15 is particularly intriguing, according to Snell — especially in light of the arrival of the 12.9-inch iPad Pro and 11-inch iPad Pro models earlier this year. “The new iPad Pro is powerful but limited — and all eyes are on the next version of the operating system to see if Apple is going to make changes to let it use that power more effectively,” he said.

To that end, iPadOS 15 is expected to gain the home screen widgets Apple added to iPhones in iOS 14. In the iPad’s case, those widgets will apparently be able to take advantage of the ample screen real estate on Apple’s tablet. Last year’s iPadOS update was fairly modest, which usually means Apple will push out the boat on new features for the next update.

MacOS 12: The rumor mill has been pretty silent on what new features we can expect from the latest version of macOS, including the California-inspired nickname Apple’s going to pick for macOS 12. Apple has previously highlighted mountains, deserts and bodies of water, so we’re due for a swing through the valleys at some point.

More important than a name, though, is what enhancements macOS 12 brings. We’re hoping to hear more about security (particularly protection against malware), more iOS features and integrations making their way to the Mac and assorted design tweaks.

watchOS 8: Apple has decided that the Apple Watch’s true calling is as a health and fitness accessory, so expect to see more features to support that mission in watchOS 8. Specific additions could involve improvements to the Apple Watch’s integration with the recently launched Apple Fitness service as well as a dedicated Health app for the watch itself.

We’ve also heard rumblings that the Apple Watch 7 could add blood glucose monitoring capabilities. While Apple’s unlikely to reveal anything that tips off the features of its next smartwatch prior to the expected fall release, we could hear about additional health monitoring capabilities coming to watchOS 7. Mental health tools that monitor stress and warn of potential panic attacks seem like a natural extension for Apple’s watch.

tvOS 15: Yes, even Apple TV’s software gets some time in the WWDC spotlight, though we imagine Apple will dispense with this update quickly. The biggest rumor swirling about tvOS 15 is a possible interface overhaul, its most significant revamp since tvOS added new screensavers and multiuser support for the What’s Next view. We would bet parental controls and Screen Time monitoring tools are on the agenda, too.

One more thing — homeOS: Another Apple OS? In this economy? We wouldn’t believe it ourselves, if not for a job posting that appeared this week that hinted at a homeOS platform in the works at Apple. Presumably, this software would help manage smart home devices, an area where Apple’s HomeKit has the likes of Amazon and Google. Apple could certainly benefit from “a more focused and rational smart-home strategy,” Snell said, “which has shown signs of coming together after several years of disarray.”

That said, there’s a lot of road to travel from a job listing to an entirely new software platform. Apple could very well be working on software to beef up and unite its smart home offerings, but that could also be something that’s not quite ready for the WWDC spotlight this time around.

WWDC 2021 predictions: What about hardware?

Developers want to hear about software, not hardware, though that hasn’t stopped Apple from using WWDC as a launching pad for new Macs in the past. Besides last year’s Apple Silicon presentation, 2019 saw Apple introduce the Mac Pro while 2017 gave us the iMac Pro, a new iPad Pro and the since-discontinued HomePod speaker. So hardware can happen, and has very recently, usually in odd numbered years.

In addition to that trend, you’d figure Apple would really love to update us on the status of the transition to Apple-built processors. Following last year’s announcement, we’ve seen the M1 appear in the MacBook Air, Mac mini, iMac, 13-inch MacBook Pro and even the iPad Pro. Apple’s reportedly working on a new version of its processor, and WWDC provides the company with a perfect opportunity for an update.

“There are strong signals that Apple is readying two new MacBook Pro models for this summer, based on Apple’s own processors,” Snell said. “Given that the MacBook Pro is the favorite device of Apple’s developers, a developer conference isn’t a bad place to announce such hardware — if it’s ready.”

Hence, that’s why you hear rumors about 14- and 16-inch MacBook Pros making their debut at WWDC. Those machines would be powered by the M2 (or M1X if that’s what Apple calls the next version of its Mac processor). It all depends how far along Apple is in the development process; otherwise, there’s nothing stopping the company from holding off on that announcement until later in the summer.

As for other hardware — new iPhones, new Apple Watches and new iPads that can run all this updated software Apple plans on previewing — don’t hold your breath. Instead, wait for the fall, which is when Apple tends to show off its new consumer-facing hardware.

Denial of responsibility! TechNewsBoy.com is an automatic aggregator around the global media. All the content are available free on Internet. We have just arranged it in one platform for educational purpose only. In each content, the hyperlink to the primary source is specified. All trademarks belong to their rightful owners, all materials to their authors. If you are the owner of the content and do not want us to publish your materials on our website, please contact us by email – [email protected]. The content will be deleted within 24 hours.
gadget updatehomeOSiOSMacBookpreviewProtech boytech news
Share FacebookTwitterGoogle+ReddItWhatsAppPinterestEmail