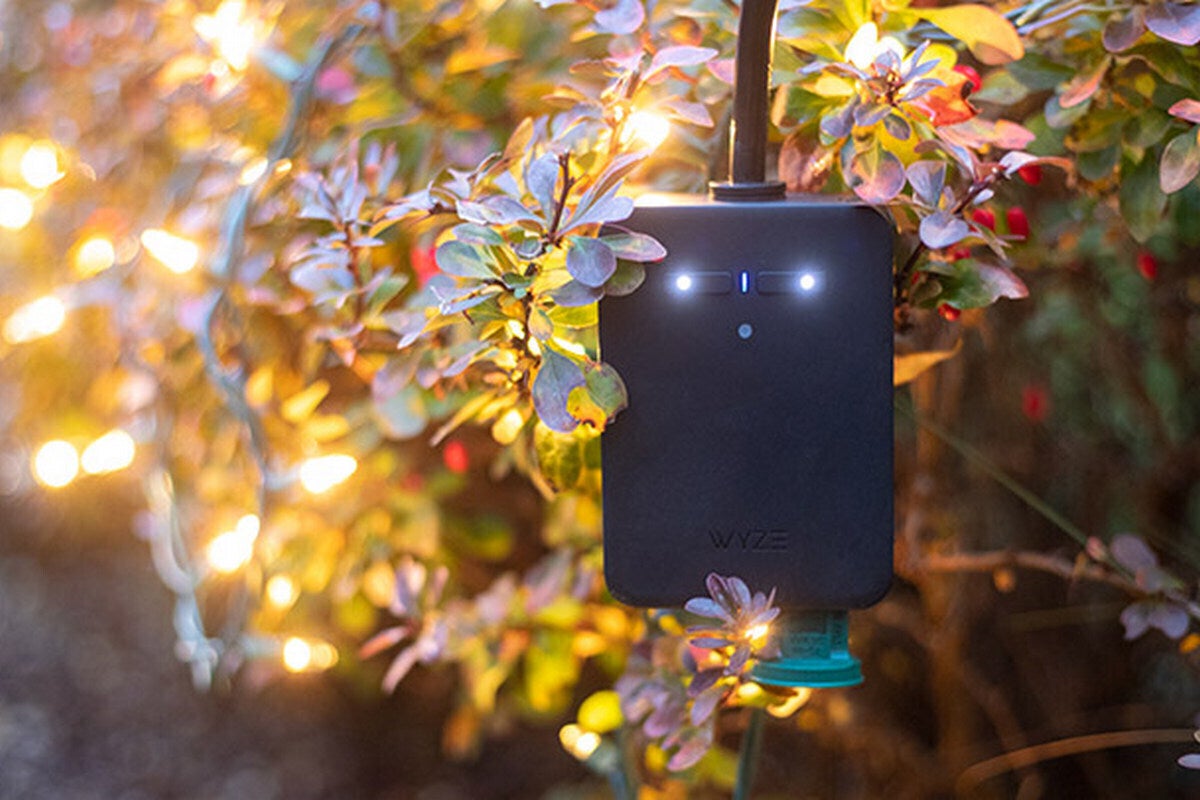 Wyze Labs is building on the success of its indoor smart plug with this natural line extension: A model designed for outdoor use. While the Wyze indoor plug was roughly competitive with the cheapest of Wi-Fi-connected plugs, the Wyze Plug Outdoor undercuts the rest of the market while delivering some features you won’t find in the more-expensive products from Wyze’s competitors.

The company has apparently decided it was leaving too much money on the table, however; when first announced in December 2020, this smart plug carried a manufacturer’s suggest list price of just 10 bucks. Today, it carries a list price $17 (you can get one from Amazon for $16).

This review is part of TechHive’s coverage of the best smart plugs, where you’ll find reviews of the competition’s offerings, plus a buyer’s guide to the features you should consider when shopping for this type of product.

The hardware comes in the familiar two-socket design, which is weatherized to IP64 specifications and includes rubberized socket covers for outlets that aren’t in use. IP64 is a reasonable and common level of protection for these types of devices—comprising complete dust protection and protection from “water spray from any direction”—though you can find outdoor smart plugs with slightly higher levels of protection on the market if that won’t cut it (you can read all about IP codes in this story).

The two sockets offer 15 amps (1800 watts) of maximum power draw, and they’re independently controllable, via both the app and hardware buttons on the top of the device, with separate status LEDs for each socket. The unit operates on 2.4GHz Wi-Fi networks only.

After connecting the Wyze Plug Outdoor to power and pairing it with the Wyze app, I was prompted to update the firmware, which promptly choked. After a little force-quitting and restarting, things were finally successfully updated, and I was able to begin using the plug in earnest.

To that end, it offers a nice range of features, some unexpected. Both sockets show up independently in the master Wyze view (along with all your other Wyze products). Tap on one to access manual controls, the timer system, or the vacation-mode option that powers the plug on and off randomly. As with the Wyze indoor plug, scheduling can be found under the settings menu. Here you can set up multi-device schedules based on time and day of week.

New to the Wyze Plug Outdoor is the ability to set up local schedules which will operate even if the device loses its connection to the internet, which is handy if you need to relocate the plug out of your Wi-Fi router’s range. (Just configure it in the house while you’re connected, then move it where you want it.) These schedules can be based on time of day and day of week, or be set based on whether the integrated photocell sensor detects light (or darkness). I found all of these features to work just fine in my testing.

Like the indoor Wyze Plug, the Wyze Plug Outdoor includes a usage monitor, only this one monitors energy consumption (measuring both sockets in the aggregate) instead of length of operation. This is a more useful feature than the indoor plug’s rendition of it, but there’s a catch: The scale of energy usage is set to kilowatt-hours instead of watt-hours. Unless you’re plugging something like a refrigerator or a television into the device, usage will show paltry levels.

I ran an air purifier off the plug for a week and it never topped half a kilowatt-hour of usage, so the usage chart showed nothing but tiny bars each day; your holiday lights will probably use even less juice. A simple option to change the scale of the usage meter to watt-hours would really improve the feature’s utility—although you can also set a notification to alert you if usage goes beyond a level you specify (albeit with a 1kWh minimum).

As with other Wyze products, both Alexa and Google Assistant, as well as IFTTT, are supported.

The plug has features that more expensive options are lacking, and it worked perfectly well in my testing. That said, even if it did have some hiccups I’d still have no trouble recommending it—even at its current MSRP.

Denial of responsibility! TechNewsBoy.com is an automatic aggregator around the global media. All the content are available free on Internet. We have just arranged it in one platform for educational purpose only. In each content, the hyperlink to the primary source is specified. All trademarks belong to their rightful owners, all materials to their authors. If you are the owner of the content and do not want us to publish your materials on our website, please contact us by email – [email protected]. The content will be deleted within 24 hours.
Affordablebagdeepgadget updateoutdoorPlugReviewtech boy
Share FacebookTwitterGoogle+ReddItWhatsAppPinterestEmail