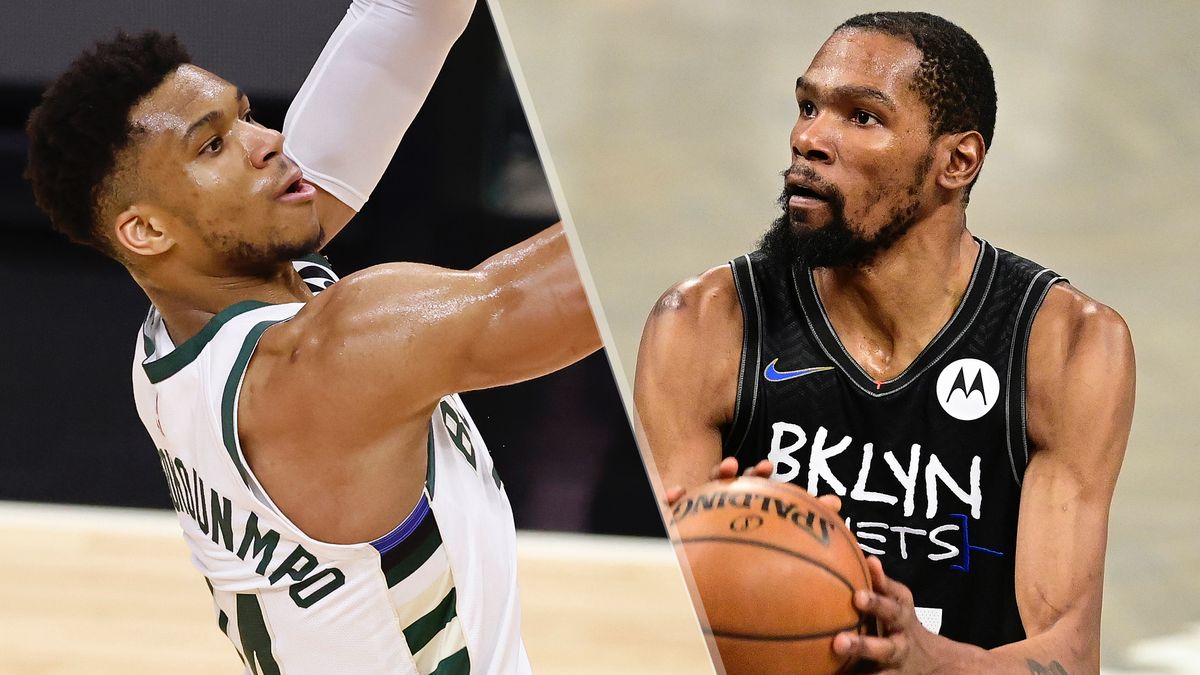 Bucks vs Nets live stream: How to watch the NBA Playoffs Game 1 online

The Bucks vs Nets live stream kicks off round 2 of the NBA playoffs with the “Greek Freak” taking on the “Big 3.” And since these teams played fantastic games in the regular season, fans are eager for this NBA playoffs live stream.

Both Brooklyn and Milwaukee breezed through the first round of the playoffs. The Nets beat the Celtics in five games while the Bucks swept the defending conference champion Heat out of the playoffs. This second round series will be a huge upgrade in competition for both teams.

The Bucks and Nets fought it out in three close battles throughout the regular season. Each game was decided by an average of less than four points. They were even close on the overall season stat sheet. Milwaukee finished tops in the NBA in scoring with 120.1 points per game, while Brooklyn was second with 118.6 ppg. As for their defense, the Nets ranked 21st allowing 114.1 ppg game compared to the Bucks who allowed 114.2. Both teams also have two MVP trophies on their side. James Harden and Kevin Durant each have one, while Giannis Antetokounmpo has two all to himself.

The Bucks did take their season series with the Nets, 2-1, but never faced all three members of the Nets’ “Big 3.” Kyrie Iriving missed their first matchup due to personal reasons in January. Then James Harden was sidelined with a hamstring injury in May during both the Bucks’ wins. Kevin Durant stepped up in all three games to average 34.7 ppg against Milwaukee, his highest total against any of the Eastern Conference playoff teams.

How to avoid Bucks vs Nets blackouts with a VPN

If you’ve had to leave your own “bubble” — or you’ve been hit by a dreaded local blackout — and you can’t watch Bucks vs Nets live streams on cable, you’re not out of luck. With a virtual private network, or VPN, you can appear to be surfing the web from your home town (or somewhere that blackouts won’t hit), and access the same streaming services you already paid for.

If you’ve already cut the cord and don’t have a cable package, you’ll be able to get this game on Sling TV, one of the picks on our best streaming services list. And don’t worry that Sling doesn’t have ABC (which you can get with one of the best TV antennas). ESPN3 is simulcasting ABC NBA playoff games, so you’ll be good with Sling.

Sling TV: You can get ESPN and TNT in the Sling Orange package. The 30-plus channels in the lineup include AMC, CNN, Food Network, AMC, Comedy Central, HGTV and many more.View Deal

Bucks vs Nets live streams in the UK

British basketball fans rely on Sky Sports, BUT the Bucks vs Nets live stream is not in the cards.

NBA League Pass is available in the U.K..

Denial of responsibility! TechNewsBoy.com is an automatic aggregator around the global media. All the content are available free on Internet. We have just arranged it in one platform for educational purpose only. In each content, the hyperlink to the primary source is specified. All trademarks belong to their rightful owners, all materials to their authors. If you are the owner of the content and do not want us to publish your materials on our website, please contact us by email – [email protected]. The content will be deleted within 24 hours.
Bucksgadget updategameliveNBANetsOnlineplayoffs
Share FacebookTwitterGoogle+ReddItWhatsAppPinterestEmail

You Need to Weigh Some Water. All You’ve Got Is a Paper Clip