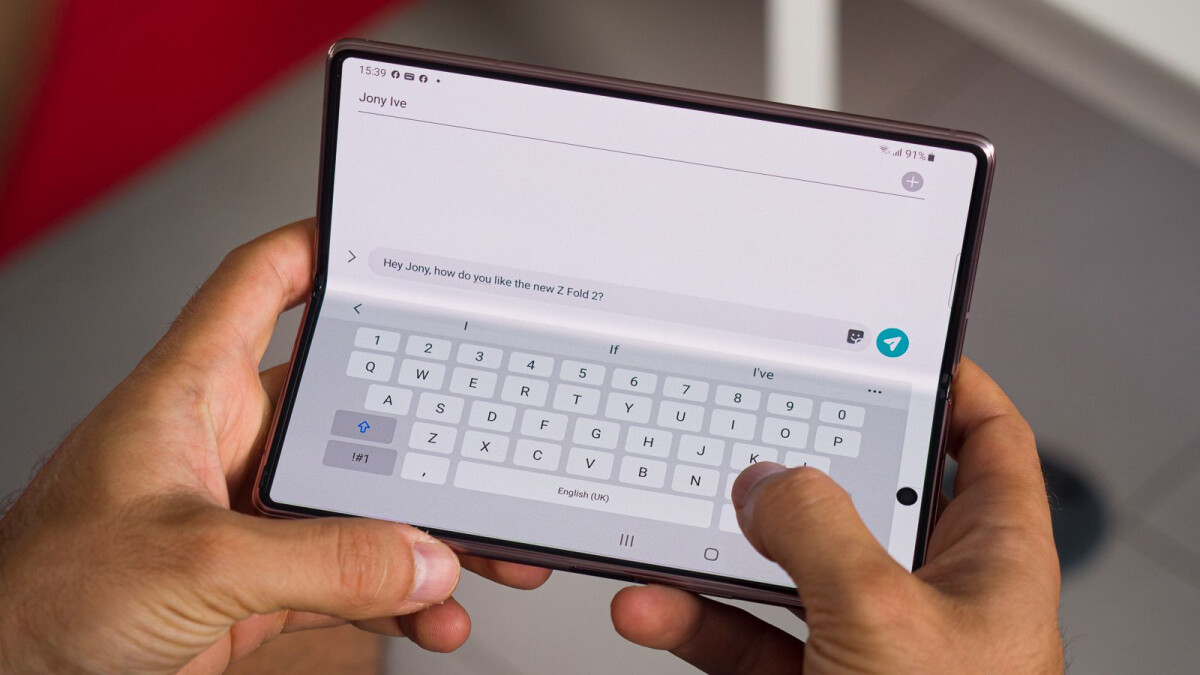 Gboard split keyboard may soon arrive on tablets and foldables

By Scott Marlette Last updated May 26, 2022
Share
Back in March, we reported that Google is working on a split screen Gboard virtual keyboard for larger and foldable displays. At the time, the giveaway was a toggle on a Gboard beta (version 11.5.05.427194903) that included a very interesting description, reading “Split layout to include duplicate keys that can be toggled on or off.” Now, there’s a development in this story – a couple of screenshots of the alleged Gboard split keyboard have been posted online by the Twitter user @RKBDI. Looking at the screenshots, it seems that Google is using the conventional approach to slip the keyboard into two symmetrical halves, duplicating some of the letters (as mentioned in the previous leak).

The concept of a split virtual keyboard is not new, not in the slightest. Samsung and Microsoft have both employed the split option in their keyboard apps at some point, and even though there are some minor differences (Samsung splits the spacebar in two halves, while in Gboard it’s one piece), the idea stays the same.

There’s no information about potential rollout, or anything official for that matter. It’s safe to say that this option will be available through the dot menu on the Gboard app (you can see the button under the menu in one of the screenshots) but at this point there are no users with that functionality enabled, even in beta.

Anyone who tried to type on a virtual keyboard in landscape mode, would know how difficult this task might get. This difficulty grows exponentially with the size of the screen, and in reality, you just can’t hold a 10-inch tablet and type with both hands without some serious hand gymnastics (if at all).

The case with the foldables is a bit strange, as even the big guns like the Samsung Galaxy Z Fold 3 aren’t wide enough to cause any issue, landscape mode or otherwise. Splitting the keyboard onto the two folding halves might make sense, though, as users would be able to type on a partially folded device (for whatever reason). 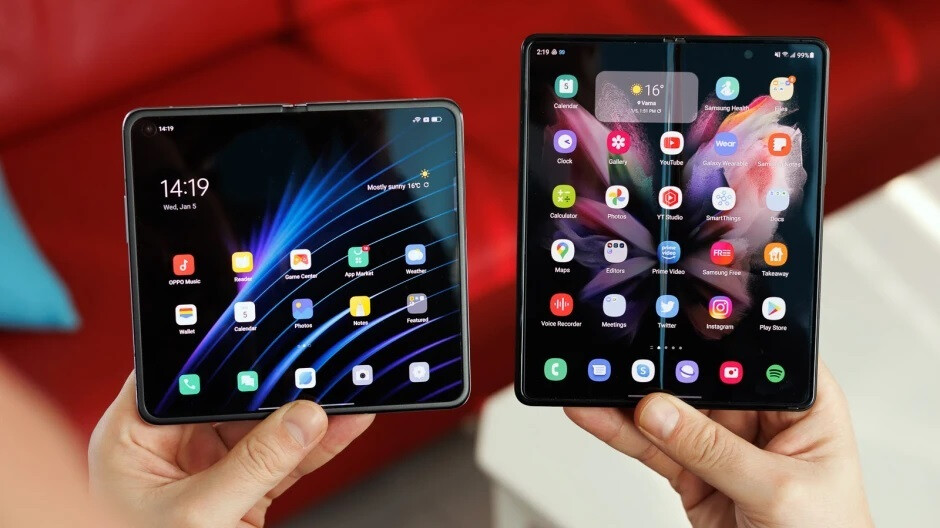 Another far-fetched conclusion from this leak could be that Google is preparing the software support for its upcoming foldable device – the Pixel Fold. News broke yesterday that the company has canceled the device for the second time, and the alleged reason is that the phone is just not good enough for an official launch.

Another leak on the matter came earlier this month from the renowned display industry analyst Ross Young from the DSCC research shop. According to Young, the Pixel Fold could be a much more compact foldable – more similar to the Oppo Find N, rather than following the Galaxy Fold route.

If that’s the case indeed, the Gboard split keyboard news is probably not tied to the Pixel Fold and the new software feature will serve primarily tablets running Android.

Back to the Gboard! It’s interesting to see if there’s a need for such a feature. Have you ever used a split virtual keyboard on any large-screen device? How was the experience? Type your thoughts in the comments below (on your regular or split keyboard).

Denial of responsibility! TechNewsBoy.com is an automatic aggregator around the global media. All the content are available free on Internet. We have just arranged it in one platform for educational purpose only. In each content, the hyperlink to the primary source is specified. All trademarks belong to their rightful owners, all materials to their authors. If you are the owner of the content and do not want us to publish your materials on our website, please contact us by email – [email protected]. The content will be deleted within 24 hours.
arrivefoldablesgadget updategboardkeyboardsplittabletstech boy
Share FacebookTwitterGoogle+ReddItWhatsAppPinterestEmail