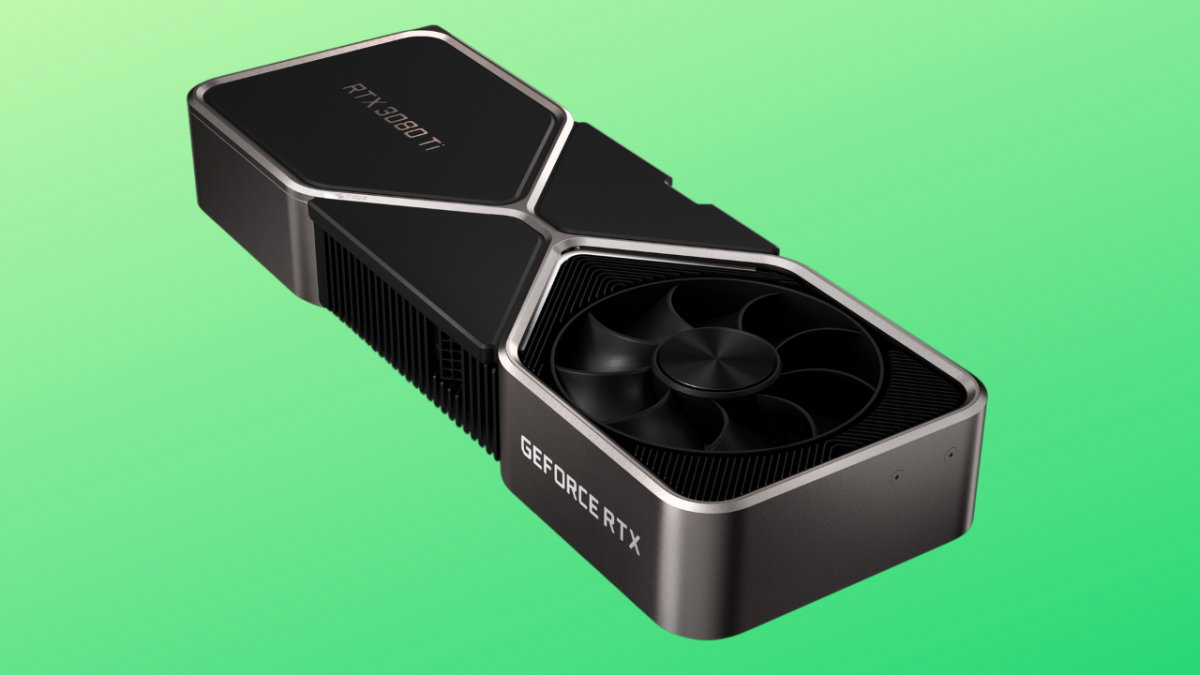 Finding stock of the Nvidia GeForce RTX 3080 Ti is proving to be troublesome. High demand, scalpers, and the ongoing global chip shortage are making restocks difficult to track.

Despite the hash rate limit that’s intended to prevent crypto-miners from bulk-buying the new GPU, the stock situation isn’t shaping up to be any better than that of the standard RTX 3080 model. Best Buy had launch day restock in 81 select stores, but even that was very limited. Manufacturers are already having trouble keeping up with the high demand.

While Nvidia likely attempted to prepare sufficient stock ahead of the card’s grand release, availability didn’t last long at either U.S. or U.K. retailers when the RTX 3080 Ti finally hit shelves.

Of course, restocks will happen, and you better be prepared for them as they’re almost guaranteed to not last long. So, if your mind is set on getting the new RTX 3080 Ti, make sure to keep refreshing the pages of the e-tailers we’ve listed below so as not to miss your chance.

Below, we’ve included a guide to all the major retailers that will sell the new Nvidia GeForce RTX 3080 Ti. They don’t have stock at this moment, but these are the retailers you need to check regularly if you hope to land yourself one of these coveted GPUs. It’s also worth considering signing up for alerts from these retailers to get pinged when the GeForce RTX 3080 Ti is back in stock.

Where to buy Nvidia RTX 3080 Ti: check these stores

There’s no stock at the moment, but these stores have confirmed they will carry the RTX 3080 Ti.

Nvidia GeForce RTX 3080 Ti: Where to look for stock

While the RTX 3080 Ti is listed at numerous retailers, no retailers currently have stock. If you desperately want a card without delay, the resale market is the only place you’ll find stock right now.

However, some retailers are still listing the cards as “coming soon” rather than “sold out” and haven’t actually started taking orders yet, even though the RTX 3080 Ti has officially launched. Frustratingly these retailers are remaining tight-lipped as to when “soon” actually is, but these are the listings that you should keep a close eye on for now. These retailers could open the floodgates at any point.

Please do keep in mind that we will be constantly updating this page for all of the latest updates on stock and listings for both the Founders Edition model and those made by third-party manufacturers like MSI, Asus ROG, and more.

Prime Day is coming June 21 and 22, but don’t get your hopes up. You probably have a better chance of winning the lottery than finding Prime Day deals on the RTX 3080 Ti. Could Amazon offer RTX 3080 Ti restock on Prime Day? It’s possible, but highly unlikely. However, if you regularly check this page and the retailers listed below you might get lucky and catch stock should it appear.

Nvidia GeForce RTX 3080 Ti: from $1,199 @ Nvidia
Nvidia itself is offering the new Founders Edition graphics card, as well as links to other retailers that are selling third-party versions of the GPU. It is currently sold out. View Deal

Nvidia GeForce RTX 3080 Ti: from $1,199 @ Best Buy
Best Buy has a listing for the Founders Edition RTX 3080 Ti, with an identical starting price that will be listed on Nvidia’s official website. But the card is currently sold out.  View Deal

Nvidia GeForce RTX 3080 Ti: from $1,199 @ Newegg
Newegg is offering a rather comprehensive selection of GeForce RTX 3080 Ti cards, including models from MSI, PNY, Gigabyte. There’s a lot of choice on here, but every single listing is currently sold out. View Deal

Nvidia GeForce RTX 3080 Ti: from £1,049 @ Nvidia
The RTX 3080 Ti is being sold by Nvidia UK for £1,049. You should soon see listings of both the Founders Edition as well as third-party models, though none are in stock. View Deal

Nvidia GeForce RTX 3080 Ti: from £1,049 @ eBuyer
We’ve already seen quite a handful of “coming soon” listings on eBuyer showcasing the new RTX 3080 Ti from various manufacturers, including MSI, Gigabyte, ZOTAC and more. Make sure to visit the page again frequently for when these drop. View Deal

Nvidia GeForce RTX 3080 Ti: from £1,049 @ Currys
As one of the biggest tech retailers in the UK, Currys will undoubtedly sell the new RTX 3080 Ti GPU. We’ve included a general link to the graphics cards for now, but we will add a more specific listing as soon as they appear. View Deal

Nvidia GeForce RTX 3080 Ti: from £1,049 @ Overclockers
Overclockers is expected to offer a range of the newly announced RTX 3080 Ti cards, though for the time being all listings are labeled “this product available soon”. Definitely, one to keep a close eye on. View Deal

Nvidia GeForce RTX 3080 Ti: from £1,049 @ Amazon
When Amazon drops the stock of the new GeForce RTX 3080 Ti, you’ll have a bountiful selection of cards to choose from. However, Amazon hasn’t provided any listings just yet, though check back on this link regularly as it could drop stock at any moment. View Deal

Denial of responsibility! TechNewsBoy.com is an automatic aggregator around the global media. All the content are available free on Internet. We have just arranged it in one platform for educational purpose only. In each content, the hyperlink to the primary source is specified. All trademarks belong to their rightful owners, all materials to their authors. If you are the owner of the content and do not want us to publish your materials on our website, please contact us by email – [email protected]. The content will be deleted within 24 hours.
Buycheckgadget updateGeForceNVIDIAretailersRTXstock
Share FacebookTwitterGoogle+ReddItWhatsAppPinterestEmail

Hashtags felt dated and cringeworthy. So why are influencers still using them?